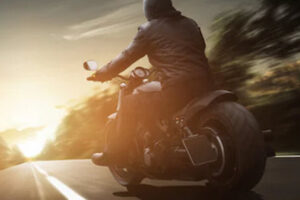 Crashes happen every day. While car accidents can be serious, being involved in an accident while on a motorcycle can be especially dangerous and even deadly.

A recent crash involving a motorcycle and two SUVs has left a motorcyclist dead. The fatal accident occurred on the afternoon of August 13 in Marlboro.

There are few details on how the crash occurred, but the motorcyclist died at the accident scene. The motorcycle had a passenger, a 32-year-old woman. She was airlifted to Jersey Shore Regional Medical Center. Her injuries are not expected to be life-threatening.

The drivers of the other two vehicles remained at the accident scene. Neither were seriously hurt. The crash closed down a section of Tennent Road for several hours. The accident is still under investigation.

Damages in a Motorcycle Accident

A motorcycle crash can cause numerous damages, including:

Motorcyclists have very little protection in the event of a crash. Therefore, motorcycle accidents often result in catastrophic injuries or fatality for riders.

Motorcycle accidents can result in serious damages such as medical bills, lost wages, and more. Contact a Morristown motorcycle accident attorney from The Law Offices of Michael P. Burakoff to get the compensation you deserve. Schedule a free consultation by calling (973) 455-1567 or filling out the online form.