When a person is injured on-the-job, there are two potential avenues to injury compensation: personal injury claims and workers’ compensation claims. Each of these claims has its own advantages and disadvantages, and specific situations in which they can be filed.

While most employees (with a few exceptions which we will discuss in the sections below) cannot file a personal injury claim against their own employer, even if their employer acted in a negligent or careless manner,  many work-related accidents are not actually the fault of the worker’s employer. If a work-related accident is the fault of a third party, the worker can pursue a personal injury claim against that third party in addition to a workers’ compensation claim against their employer.

At The Law Offices of Michael P. Burakoff, we have extensive experience helping clients injured on the job to understand their options when it comes to workers’ compensation claims and personal injury claims, and to recover full and fair compensation for their injuries in towns across Morris County and Sussex County, including Netcong, Parsippany, Mt. Olive, Rockaway, East Hanover, Hopatcong, Newton, Morristown, and more.

Personal injury claims, also known as third-party claims, can be filed against parties whose reckless or negligent actions caused you to suffer some kind of injury. While workers’ compensation laws prevent most employees from filing personal injury claims against their own employer (again see the section below for exceptions), that isn’t to say individuals injured on the job cannot file a personal injury claim against other responsible parties.

In the above examples, even though the individuals have been injured while performing a work-related task (and thus may be eligible for workers’ compensation), their injuries were caused by a third party which would also make them eligible to file a personal injury claim against this third party. A successful personal injury award will include pain and suffering damages, something which a workers’ compensation will not include.

Considering that pain and suffering is often several times greater (if not more) than the injury victim’s medical expenses, filing a third-party personal injury claim in such situations may make a great deal of sense for injury victims and their families. 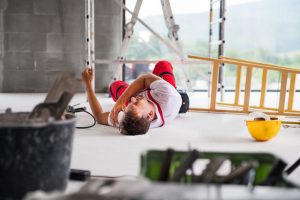 While workers’ compensation laws prevent most employees from filing third-party personal injury claims against their own employer, there are two key exceptions to this rule.

To further clarify this last mentioned exception to workers’ compensation laws, an intentional act of harm can be anything from your boss bunching you in your face, to your company removing safety guards from machinery or equipment for whatever reason. In these situations, your employer didn’t act negligently by failing to protect you from safety hazards, rather they actively sought to harm your well-being.

Third party personal injury claims are especially relevant in the case of first responders such as police, firefighters, and ambulance/rescue squad workers.

If you have been injured by the reckless or negligent actions of another party as a police officer, firefighter, or ambulance/rescue squad member, contact our office today to discuss your situation and options with an experienced Netcong Fireman’s Act lawyer today.

At The Law Offices of Michael P. Burakoff, our legal team has extensive experience recovering full and fair compensation for the victims of work-related accidents and injuries of all kinds in towns across Morris County and Sussex County, including Dover, Hopatcong, Parsippany, Netcong, Newton, Morris Plains, Denville, Morristown, and more.

Morristown work accident attorney Michael Burakoff believes strongly in working closely not only with this clients but with their families as well, understanding just how stressful and difficult it can be for any family to deal with the consequences of serious injuries, and the process of recovering compensation for those injuries whether it be through a workers’ compensation claim or a third party personal injury claim.

To speak with Michael Burakoff and our legal team today in a free and confidential consultation regarding any kind of work-related accident or injury, your options for making a successful injury recovery, and how exactly we can help you to do so, please contact us online, or through either our Morristown office or our Newton office at 973-455-1567.