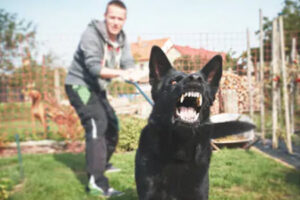 While some puppies nip their owners when they’re playing together, a serious dog bite can change a person’s life forever. Unfortunately, this was what happened to a New Jersey woman. While she survived the dog attack, she has undergone extensive physical therapy and still cannot use one of her hands.

On a brighter note, the 72-year-old woman recently received a settlement of more than $1 million in the case after she was attacked by her neighbor’s dog. Her neighbor’s homeowner insurance policy capped out at $300,000. The woman received this money in December 2020. However, her lawyer was able to identify additional parties who could be held liable for the dog bite. The fencing contractor, Greatescapes, and its owner were also sued. A settlement was reached on June 7, with the company agreeing to pay an additional $750,000. In total, the victim received $1,050,000.

The incident happened on February 28, 2020. The woman, from Rahway, N.J. was attacked by her neighbor’s dog. Part of the fence separating the two properties had collapsed, allowing the neighbor’s rottweiler, named King, to escape. The dog attacked the woman while she was on her front porch. The rottweiler bit the woman and held her arm. She was then dragged down the steps and across her driveway. Fortunately, a passerby hit the dog with a stick until it released its grip on the woman.

The woman sought medical treatment for her extensive injuries. After 11 surgeries and months of physical therapy, she still could no longer use her right hand. The woman had to learn how to perform tasks with her left hand, such as writing and using a fork. The woman still suffers from chronic pain in her right arm due to severe damage to veins, arteries, and tendons in the right hand and lower arm. Doctors were unable to restore mobility in that limb. The woman has a spinal cord stimulator surgically implanted in her back to help with the pain.

The fencing contractor, Greatescapes, has been held partially liable in the dog attack due to its negligence. The company did a poor job of moving the fence to match the property line. Fence posts were not plumb, leaning to one side. The posts wobbled in windy weather. Overall, the fence was improperly rebuilt and with the neighbor relying on that fence to keep the rottweiler on its property, Greatescapes bore some liability in the dog attack. The victim and her lawyer were happy with the settlement.

Dog bites need to be taken seriously. As seen in this case, the victim suffered extensive injuries. She was lucky, as many of these cases result in death.

If you or a loved one has been severely bitten by a dog, make sure you seek financial recovery. Contact a Morristown dog bite injury attorney from The Law Offices of Michael P. Burakoff as soon as possible to assess your case. To schedule a free consultation, call (973) 455-1567 or fill out the online form.