Drugged Driving on the Rise in New Jersey 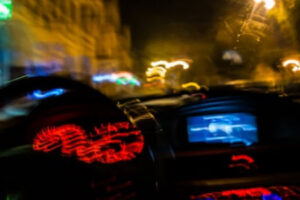 Drunk driving is a serious issue pretty much everywhere. Motorists know that drinking and driving is illegal, but many still engage in this behavior.

There are two main reasons for this increase. One is a rise in opioid use. Another is the fact that more states are legalizing marijuana. In New Jersey, however, only medicinal marijuana is legal at the moment. Recreational marijuana use is currently illegal, but it will become legal on January 1, 2021 for those age 21 and older.

Even though marijuana is not yet legal in the state, people are still using it at high rates — and not for medicinal purposes. Use of marijuana has become largely destigmatized in the United States, with so many states making it legal for recreational use.

However, that does not make marijuana safe to use. A person can get intoxicated from it. Like alcohol, the drug can affect one’s judgment and reaction times. You may not die from marijuana use per se, but you can die by using it while driving. The number of people in New Jersey using drugs and getting killed while behind the wheel of a vehicle is growing rapidly, and that’s concerning.

However, determining marijuana impairment is not an easy task. Marijuana can stay in one’s system for several days or even weeks, but that does not mean that the person is impaired by it. In any case, a person should not be using marijuana while driving. People should also avoid other drugs, such as codeine (which is found primarily in cough medicines) and opioid, which are often prescribed as pain relievers. The same goes for common medication such as Nyquil and Benadryl, which can cause drowsiness.

Lawmakers believe that education is key. Many people are under the impression that drugged driving is better than drunk driving. The truth is that both are illegal and dangerous.

People tend to have more relaxed attitudes toward drug use while driving. A study done in 2013 showed that 76 percent of people considered it completely unacceptable to drive within an hour of using marijuana. That number dropped to 66 percent several years later, in 2017.

Driving while under the influence of drugs is illegal, even though marijuana is decriminalized. Like alcohol, drug use can affect one’s judgment while driving and cause serious car accidents.

By Michael P. Burakoff | Posted on February 25, 2021
« NJ Hospital Accused of Medical Malpractice After Botched C-Section
How Much Money Can I Get for a Car Accident? »