Driver Charged With Hit And Run After Killing Pedestrian 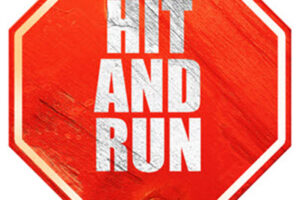 It can be hard for drivers to see pedestrians, so they are often hit. When a driver hits a pedestrian, they need to stop and offer assistance. It’s the law. When they fail to do so, they can be arrested and charged with various crimes.

This was recently the case in New Jersey. A man was hit by a car and killed. The driver failed to stop, but was later caught and charged with multiple crimes. The fatal accident occurred on the evening of September 1 on Cattel Road in Deptford.

A few days later, police found the hit and run driver, a 25-year-old man from Deptford. They located the vehicle he was believed to be driving during the crash. The man was charged with two crimes: second-degree leaving the scene of a motor vehicle accident resulting in death as well as fourth-degree tampering with evidence.

Why Do People Flee the Accident Scene?

The law states that drivers are to remain at the scene after being involved in an accident. Many drivers fail to do so, though. But why? There are several theories, such as the following:

Pedestrian accidents can be complicated, especially when a driver flees the accident scene. This is not only immoral but illegal.

If you have been injured in a pedestrian crash or a hit and run accident, seek legal help right away. A Morristown hit & run accidents attorney from The Law Offices of Michael P. Burakoff can help you understand your legal rights and options. Schedule a free consultation by filling out the online form or calling (973) 455-1567.