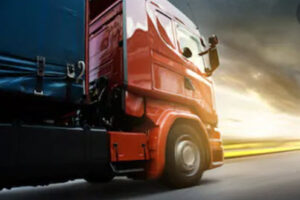 Semi trucks are huge vehicles. When they collide with smaller vehicles, the risk of catastrophic injuries is huge. In fact, many people do not survive these types of crashes.

Fortunately, a recent semi truck accident in New Jersey did not result in any fatalities. However, seven people were injured, including two young children.

The crash happened on the afternoon of July 25 on Route 78. A Kenworth tractor-trailer was in the eastbound lanes of the highway, near Exit 7 in Bloomsbury, when it rear-ended a Mazda CX-5. The Mazda was pushed into a guardrail, causing a tire to pop off and land on a Kia Sorento.

No charges have been filed. The eastbound lanes of Route 78 were closed for more than three hours to allow a medical helicopter to land. The cause of the accident is still under investigation.

Out of Control Semi Trucks

Nothing is scarier than being near a semi truck that is out of control. When a driver cannot control such a huge vehicle, the results can be disastrous and even deadly.

Rollovers are common, unfortunately, and they are very scary to witness. Semi trucks can roll over and plow through anything in its path, including smaller vehicles. However, these vehicles are prone to rollovers due to the high base of gravity, length, and heavy weight of the truck. In some cases, semi trucks can weigh 40 tons.

Semi trucks are rolling over and hitting multiple vehicles at high rates. These rollovers are often caused by speed, such as going too fast around a curve or failing to stop for traffic. Sometimes they are caused by mechanical issues, such as tire blowouts and poor maintenance on brakes. Improper loading can also cause issues. Overloading and uneven loading can cause a semi truck to easily tip over.

Distractions are an issue for all types of drivers, and semi truck drivers are no exception. When a driver is distracted, they are more likely to engage in unsafe driving behavior and are therefore more likely to lose control.

When semi trucks go out of control, they can cause serious accidents. While many people were injured in this crash, nobody was killed, fortunately.

A Morristown truck accident attorney from The Law Offices of Michael P. Burakoff can assess your case and help you get the compensation possible for your injuries. Schedule a free consultation by calling (973) 455-1567 or filling out the online form.