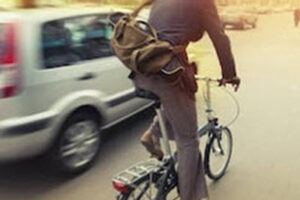 Bicycles can be fun and exciting to ride, but they are lightweight and can easily crash. One bad move or one minor hazard in the roadway can cause a major accident. A rider can suffer major head trauma and even death.

A New Jersey man was killed in a bicycle crash in Bergen County. The fatal accident occurred on June 1 on Spring Valley Road. A 68-year-old man was riding north on Spring Valley Road in Park Ridge. He was heading toward Grand Avenue when he allegedly crashed near a hill.

Several witnesses claimed that they heard the crash but did not see any motor vehicles in the area. The accident, which occurred at the base of a hill, is expected to be a solo-vehicle crash. The man, who was not wearing a helmet, was found on the ground.

Paramedics arrived and tried to revive the man. He suffered head trauma and a medical helicopter was called. The man was airlifted to Hackensack University Medical Center, where he later died.

In most bicycle accidents, the driver of a motor vehicle is often to blame. However, when the bicycle rider is the only one involved in the crash, it’s hard to blame someone else. In these cases, the rider is to blame. There are several main causes:

Bicycle crashes can happen in a number of ways. Even if no other vehicles are involved, these accidents can still result in death.

A Morristown bicycle accidents attorney from The Law Offices of Michael P. Burakoff can assess your case and help you get the financial recovery you need. Schedule a free consultation today by calling (973) 455-1567 or filling out the online form.