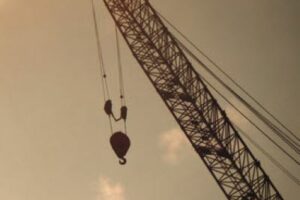 Construction sites are home to many dangers, including heavy equipment and machinery such as tractors, cranes, dump trucks, and more. These machines can pin a worker, causing fatalities.

Sadly, this was recently the case in New Jersey. A man was killed by a crane in a construction accident in Newburgh on the afternoon of March 17.

The 36-year-old man from Brooklyn was working on a strip mall on Route 300 when he was  pinned by a knuckle boom. The machine was being used on the job site to remove steel beams from a truck. The man died at the accident scene.

At the time of the accident, the man was working for Chesakle Enterprises, which is based out of New York. The company was converting a Chinese restaurant into a HomeGoods store.

The Occupational Safety and Health Administration (OSHA) is assisting with the investigation. So far, there appears to be no criminal component.

Moving large heavy loads is necessary on most construction sites. This is done through the use of cranes. Cranes are large machines and they can be unsafe if not used properly.

While new technology and enhanced training methods are working to help make cranes safer, crane accidents still occur. They can result in serious injuries for crane operators as well as those working near cranes. Some common issues include:

Crane safety is imperative in the construction industry. Here are some guidelines to follow:

Unfortunately, many construction accidents are caused by heavy equipment. A worker can get run over or pinned by these vehicles, resulting in serious or fatal crush injuries.

If you or a loved one has been injured on a construction jobsite, seek legal help right away. A Morristown construction accident injury attorney from The Law Offices of Michael P. Burakoff can help you make a successful financial recovery. Fill out the online form or call (973) 455-1567 to schedule a free consultation.

By Michael P. Burakoff | Posted on May 25, 2022
« New Jersey Man Killed While Learning To Drive Motorcycle
Pedestrian Deaths On The Rise »