Pedestrian Deaths On The Rise 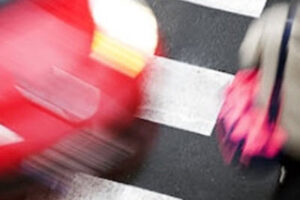 With so many cities focusing on becoming friendlier for pedestrians and bicyclists, you would assume that these accidents and fatalities would decrease. But the truth is that the opposite has occurred.

In 2020, shortly after COVID started ravaging the world, fatal pedestrian accidents started to spike. Pedestrian deaths were up by 21%. Two years later, the problem is getting even worse with reckless driving on the rise. In the past decade, pedestrian fatalities have increased by 46%.

Why has driving become so dangerous all of a sudden? Studies are citing increases in anxiety levels and alcohol use.

Pedestrians are being affected the most. Deaths are increasing in many areas of the country, including New Jersey, New Mexico, Texas, Utah, and Washington. New Jersey is seeing the highest number of pedestrian deaths in more than three decades.

Not What Experts Predicted

When the pandemic began, Americans went under a quarantine. They were forced to work from home and stay home as much as possible. This initially led to fewer vehicles on the roadway. Experts thought that pedestrian deaths would decrease in the United States, like it has in other countries.

They were wrong. The decrease in vehicles only caused drivers to drive even faster. Plus, many drivers were simply angry about the pandemic. They were so saturated with fears about dying from COVID that nothing else mattered. They didn’t care about traffic laws.

On top of that, social engagement suffered due to COVID. Many people enjoyed spending time with friends and family members. This was a major source of pleasure and comfort to some, and having to go without it was devastating. Many drivers stopped caring. They weren’t paying much attention to driving safely. In fact, the pandemic caused them to drive even more recklessly.

However, there are other factors in this “silent epidemic.” First, the population is aging rapidly, and older pedestrians are more vulnerable than younger ones due to decreased senses and a lack of mobility. Second, you can’t ignore the trucks and SUVs that appear to be growing in size all the time. They have grown heavier and have higher front ends, hitting pedestrians with greater force than ever. Pickup trucks, SUVs, and vans now make up nearly 75% of all vehicles on the roadway. Overall, vehicles are getting bigger and faster, and this in turn makes them deadlier.

Another thing to consider is that there are many areas that prioritize speed over safety, such as in the Sun Belt region, which includes Florida, California, Nevada, Arizona, New Mexico, Georgia, South Carolina, and Texas.

New Jersey is densely populated with lots of vehicles and pedestrians, making accidents quite common. If you have been injured, you may be entitled to compensation.

A Morristown pedestrian accident injury attorney from The Law Offices of Michael P. Burakoff can assess your situation and help you file a claim. To schedule a free consultation, call (973) 455-1567 or fill out the online form.