Car Accidents Caused by Crossing Over the Double Yellow Lines in New Jersey: Legal or Illegal? 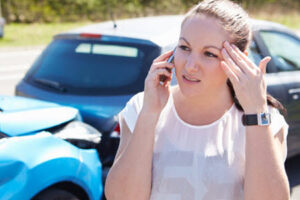 While many motorists in New Jersey believe that no passing or crossing is permitted over the double yellow lines, determining liability in auto accidents caused by crossing over the double yellow lines can be tricky. Traffic laws exist for a reason. Those who obey traffic laws can substantially minimize the risk of preventable car accidents in New Jersey.

The danger of crossing over the double yellow lines was evident in a recent motorcycle accident in Sussex County. According to The Daily Voice, a 47-year-old motorcyclist was killed after being hit head-on by a pick-up.

The fatal accident occurred on County Route 515. The motorcyclist was riding his 1972 Triumph bike when he decided to cross over the double yellow lines into oncoming traffic. However, the motorcyclist ended up colliding front-end with a 2009 Dodge Ram. The biker was pronounced dead at the scene.

Is It Illegal to Cross the Double Yellow Lines to Turn Left?

Unfortunately, New Jersey’s law does not expressly address the issue of crossing the double lines to make a left turn. Nonetheless, under the NJ Rev Stat § 39:4-123, you could be accused of failing to exercise due care when making that turn, especially if the maneuver resulted in a motor vehicle accident.

Under the NJ Rev Stat § 39:4-126, drivers are also required to signal their intention to turn “during not less than the last 100 feet traveled by the vehicle before turning.”

What About Passing and U-Turns?

Page 216 of the NJ Driver Manual expressly prohibits passing over the double yellow and white solid lines. Under the NJ Rev Stat § 39:4-85, motorists must pass vehicles traveling in the same direction on the left.

While it is generally illegal to make U-turns over the double yellow lines, you can still make a U-turn if you can see 500 feet ahead in either direction. As a rule of thumb, motorists must always use caution when passing other vehicles, making U-turns, or performing any other maneuvers on the road.

If you were involved in a car crash in which you or the other motorist crossed over the double yellow lines, it is advised to consult with a skilled Morristown car accident attorney to determine liability in your particular situation. Contact our personal injury lawyer at The Law Offices of Michael P. Burakoff to schedule a consultation. Call at 973-455-1567.

By Michael P. Burakoff | Posted on July 29, 2020
« New Jersey Allows Employers to Seek Reimbursement After an Employee’s Car Accident
Can a Driver Be Negligent in Weather-Related Car Accidents in New Jersey? »