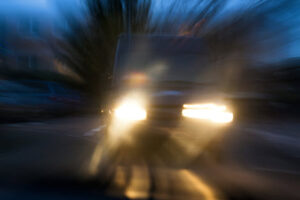 Compared to other types of car crashes in New Jersey, wrong-way accidents are more likely to cause catastrophic injuries and fatalities. Each year, wrong-way driving kills up to 400 Americans. While it may seem that the wrong-way driver is clearly at fault, victims may still need a car accident attorney to help them determine liability and obtain compensation.

The devastating consequences of wrong-way driving, which often leads to head-on collisions, were evident in a recent crash in Hunterdon County, New Jersey.

As reported by NJ.com, three people sustained critical injuries in a wrong-way driving incident on Interstate 78 near Union Township. A woman was traveling east in the westbound lanes of I-78 when her vehicle T-boned a pickup.

After the side-impact collision, her vehicle hit another car head-on. Two passengers in the second car were ejected from the vehicle. Both passengers and their motorist were airlifted to Morristown Medical Center. The cause of the accident remains unknown.

The importance of determining what caused a wrong-way driving accident is of great importance in order to recover damages. Often, there may be multiple at-fault parties. While the wrong-way driver is responsible for causing the collision in the majority of such cases, there may be other liable parties (e.g., the automobile manufacturer).

The vast majority of auto accidents involving a driver traveling in the wrong direction are completely preventable. Most of these crashes would not occur if all motorists followed traffic laws.

Why You Need a Lawyer After Wrong-Way Driving Accidents

If you sustained injuries in a wrong-way driving accident, contact a Morristown car accident lawyer to establish fault and seek compensation for your injury. Even if the other driver was driving in the wrong direction, you still have to prove that they were negligent or reckless.

While it may seem that the wrong-way driver is clearly at fault, you need a lawyer to establish a link between the driver’s negligence and your injury. While the motorist who drove in the opposite direction when the collision occurred is more likely to be at fault, there may be other at-fault parties, such as an automobile manufacturer in a crash caused by defective brakes.

A knowledgeable Morristown car accident attorney can help you establish fault in a wrong-way driving accident by collecting evidence. Contact our lawyers at the Law Offices of Michael P. Burakoff, P.A., for a consultation. Call at 973-455-1567 to schedule a consultation.

By Michael P. Burakoff | Posted on June 17, 2020
« Can You Sue a New Jersey Nursing Home for COVID-19 Infection or Wrongful Death?
Liability for Injuries Caused by Police Chases in New Jersey »