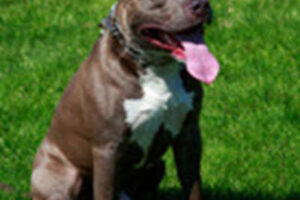 Dog bites seem to be on the rise. Women and children are getting attacked by “man’s best friend” at high rates. It is not uncommon for people to get bitten while walking down the street and even in their own backyard.

Police officers and animal control officials are taking note and doing what they can to protect the public. This may include defending themselves and shooting the dogs if necessary. This was what recently happened in New Jersey, when a woman was severely attacked by a dog in Egg Harbor Township. Police stepped in and shot the dog.

The incident occurred on the evening of August 28. A 40-year-old woman was visiting the La Costa Lakes area when she was attacked by the dog. She was bitten in the back of her head, lower back, and arm. She was treated at a local hospital for her injuries.

Police later found the dog as well as a woman who was possibly the dog’s owner. She suffered a head injury after she fell while trying to restrain the dog. A police officer tried to help the injured woman, but the dog growled at them. When the officer backed off, the dog charged at him. The officer defended himself by shooting the dog.

The dog, named Kiko, was taken to a local veterinary hospital. The most current information states that the dog survived and was undergoing surgery.

Why Do Dogs Attack?

When dogs bite their owners or anyone else, there is often a reason. It does not usually occur “out of blue.” There are often warning signs that we may miss because we don’t think our own dog could ever hurt us.

Dogs tend to attack when they are fearful. They are territorial and will bite anyone or anything who threatens something they are defending, whether it is their property, their puppies, a favorite toy, or even their food bowl.

Dogs are also driven by their prey drive. If they see a person walking or running by, or someone on a bicycle, their instinct may be to run after them. The dog may then attack them.

Dogs may also attack when provoked. If someone is teasing them, hitting them, or poking them with sticks, for example, they may get upset and attack. Children are most likely to get attacked by provoking a dog, although adult dog owners may get bitten as well.

Dog attacks are often serious events. A vicious or scared dog can be provoked, causing serious injuries and even death.

If you have been injured by a dog or other animal, make sure you get medical attention right away—then seek financial recovery. The Morristown dog bite injury lawyers at the Law Offices of Michael P. Burakoff can ensure your legal rights are protected. We understand dog bite laws in New Jersey. To learn more, schedule a free consultation. Fill out the online form or call (973) 455-1567.