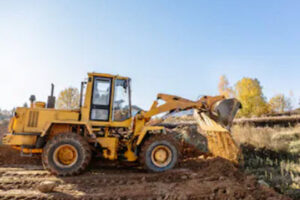 Construction-related accidents do not always happen on construction sites. Sometimes machinery will go out on the roadways with passenger vehicles and cause collisions. These crashes can cause injuries or death.

A 78-year-old man from Englewood was killed after his pickup truck collided with a backhoe. The fatal accident occurred on the evening of July 9 on Forest Avenue in Paramus.

The man was driving a Ford Ranger north in the left lane of Forest Avenue when he collided with the backhoe. The crash caused the Ranger to spin around.

The driver of the backhoe, a 40-year-old man from Elmwood Park, had swerved to avoid a deer in the road when the pickup truck hit it. Police officers arrived and found the driver of the Ranger unresponsive. They removed him from the truck and began performing CPR on him.

The man was taken to Hackensack University Medical Center, where he later died. The backhoe is owned by Suez North America, which is based in New Jersey. No criminal charges have been filed. The crash remains under investigation.

Our communities depend on construction work. While construction is necessary, it is also very dangerous. That’s why states and cities have building codes in place. They are for the safety of the public.

Building a home or commercial building requires numerous elements, including electricity, plumbing, tools, machinery, trenches, and much more. Some buildings are very tall, which means heights are involved. Heights can mean fatal falls.

Many construction accidents involve tractors and other heavy machinery. These crashes can result in serious injuries and even death.

A Morristown construction accident injury attorney from The Law Offices of Michael P. Burakoff can assist those who have been in accidents involving construction sites and construction equipment. We’ll help you get the compensation you deserve for your injuries and other damages. Schedule a free consultation today by calling (973) 455-1567 or filling out the online form.