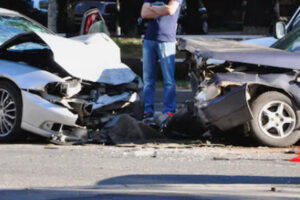 When the quarantines started in March 2020 due to the coronavirus pandemic, traffic decreased on America’s roadways. People were ordered to work from home and schools began distance learning, which led to fewer vehicles out and about. You would think that this would lead to a decline in car accidents, but this was not the case in New Jersey. In fact, fatal crashes increased by 5% in the state in 2020.

According to the New Jersey State Police, in 2020, there were 552 fatal traffic accidents in New Jersey, which is an increase from 524 fatalities in 2019. This increase came at a time when traffic volumes were down in New Jersey due to COVID-19 orders. These statistics mirror the nationwide statistics, which showed a 30% increase in fatalities between January and June of 2020, despite fewer vehicles on the roads.

So why has there been an increase in deaths caused by car accidents? Irresponsible drivers. Motorists are not focusing on the road. Instead, they are distracted by things such as texting, surfing the internet, reading, eating, grooming, changing radio stations and dealing with passengers and pets. Distracted driving and other risky behaviors such as not wearing seat belts, speeding and driving while intoxicated are causing these accidents.

Data from the NHTSA shows a 22 percent increase in speeds in certain metropolitan areas. Also, nearly two-third of drivers who were hospitalized after a crash were determined to be intoxicated. Seat belt usage decreased in April, with twice as many people being ejected from  vehicles during crashes.

According to the National Highway Traffic Safety Administration (NHTSA), while there may be fewer vehicles on the road due to the COVID-19 pandemic, those who did drive were more likely to take risks, such as speed, and cause fatal crashes. That’s why the Division of Highway Traffic Safety wants to crack down on these behaviors and make the roads safer for those who travel New Jersey’s roadways. The agency plans to spend more than $15 million on programs with the goal of improving safety and driver behaviors. It plans to launch a #SafeDriversSaveLives social media campaign that will raise public awareness of how drivers can keep others safe. The Division of Highway Traffic Safety also plans to use new web-based crash analysis technology to target communities that greatly need enforcement, education and public outreach programs. There will also be a statewide multimedia campaign in place to make people more aware of how dangerous distracted driving can be. In addition, there will statewide mobilizations to reduce impaired driving and distracted driving while increasing seat belt usage.

Car accidents can be serious in nature, resulting in catastrophic injuries and even death. It’s important that motorists focus on the road and avoid distracting behaviors while driving.

The Morristown car accident attorneys at the Law Offices of Michael P. Burakoff can help you understand your legal rights and get you full and fair compensation. Schedule a consultation by calling (973) 455-1567 or filling out the online form.

By Michael P. Burakoff | Posted on March 24, 2021
« Minimizing Medical Malpractice Risks Due to COVID-19
What is Loss of Enjoyment of Life? »