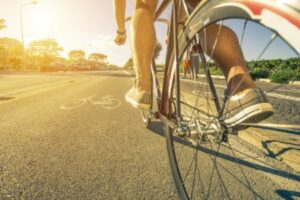 Riding bikes is a favorite pastime of many children. Bicycles provide fun and adventure for kids who cannot yet legally drive, plus they allow riders to get to school, friends’ houses, and other desirable destinations.

However, bicycles are small and can be unpredictable. These issues make accidents more likely, and unfortunately, a crash with a passenger vehicle can be deadly.

Sadly, this was recently the case in New Jersey. The fatal accident occurred on the evening of April 2 at the intersection of 3rd Street and Fulton Avenue in Bridgewater.

A GMC pickup truck was heading north on Fulton Street when the driver, a 22-year-old woman from Bridgewater, hit a bicycle at the intersection. The bike rider, an 11-year-old girl, was taken to Robert Wood Johnson Hospital Somerset, where she later died. The accident is still under investigation.

Unfortunately, kids and bicycles are not the safest combinations. Statistics show that hundreds of children are injured on bikes every day. This number is even higher in the summer, when kids are out of school and enjoying sunny days. The most common injuries include cuts and bruises to the upper extremities as well as traumatic brain injuries. Brain injuries account for more than 10% of bicycle injuries.

Other common injuries include:

The accidents were most likely to occur at the home or on a nearby street. Those between the ages of 10 and 14 years old are most likely to suffer injuries. That’s likely because this age group was most likely to not wear a helmet. Boys were much more likely to be injured than girls.

While many young children ride bicycles on a regular basis, these modes of transportation are not always safe. Vehicles can hit bicycles and cause serious injuries and damage.

A Morristown bicycle accident attorney from The Law Offices of Michael P. Burakoff can help you if you have been injured on New Jersey’s roadways. To schedule a free initial consultation, call (973) 455-1567 or fill out the online form.

By Michael P. Burakoff | Posted on May 5, 2022
« NJ Candy Company Recalling Products For Possible Salmonella
Is Your Workplace Safe? »