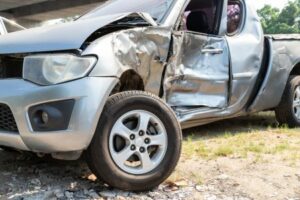 A car accident can cause a lot of damage, especially if multiple vehicles are involved. A multi-vehicle crash can cause serious injuries and even death.

Sadly, this was recently the case in Linden. Three vehicles collided on Routes 1 and 9, killing two people and seriously injuring three others. The fatal accident occurred on the evening of June 15.

The incident occurred when a BMW sedan heading north slammed into a Mazda sedan that was making a U-turn from Interstate 278. The Mazda then collided with a Honda SUV before swerving off the road. Two men in the Mazda died at the accident scene. They were identified as brothers 15-year-old Clarence Green and 22-year-old Manuel Green.

The driver of the Honda as well as a man and a woman in the BMW were injured and taken to Newark University Hospital. Their injuries are non-life-threatening and they are expected to survive. Northbound Routes 1 and 9 were closed for more than six hours after the accident. The cause is being investigated.

What to Know About Multi-Vehicle Crashes

When one or two vehicles are involved in a crash, it’s easier to determine who is at fault. When three or more vehicles are involved, though, it becomes more difficult. These are called multi-vehicle accidents and can be caused in a variety of ways, particularly chain reactions. For example, when two cars collide, other vehicles may not stop to avoid the crash and collide into them. A vehicle could be rear-ended and pushed into vehicles in front of it, colliding with them.

When multiple vehicles are involved in an accident, recovering compensation can be more difficult. That’s because more than one person can be considered liable, so it’s necessary to determine the degree of fault of each person involved. In addition, there could be more than one person injured or killed, so this complicates things further as police and insurance companies investigate. Another thing to consider is that there may not be enough insurance to pay for all the damages involved. Once you factor in vehicle damage, injuries, medical bills, lost wages, funeral expenses, and emotional damages, an accident involving three or more vehicles can result in costs exceeding $100,000.

While many car accidents are minor, some are catastrophic and even fatal. These car crashes can cause a variety of injuries and other damages.

If you were injured in a car accident, get the compensation you deserve. Discuss your situation with the Morristown car accident lawyers at the Law Offices of Michael P. Burakoff. We have 45 years of experience helping those injured in car crashes. Schedule a free consultation by calling (973) 455-1567 or filling out the online form.